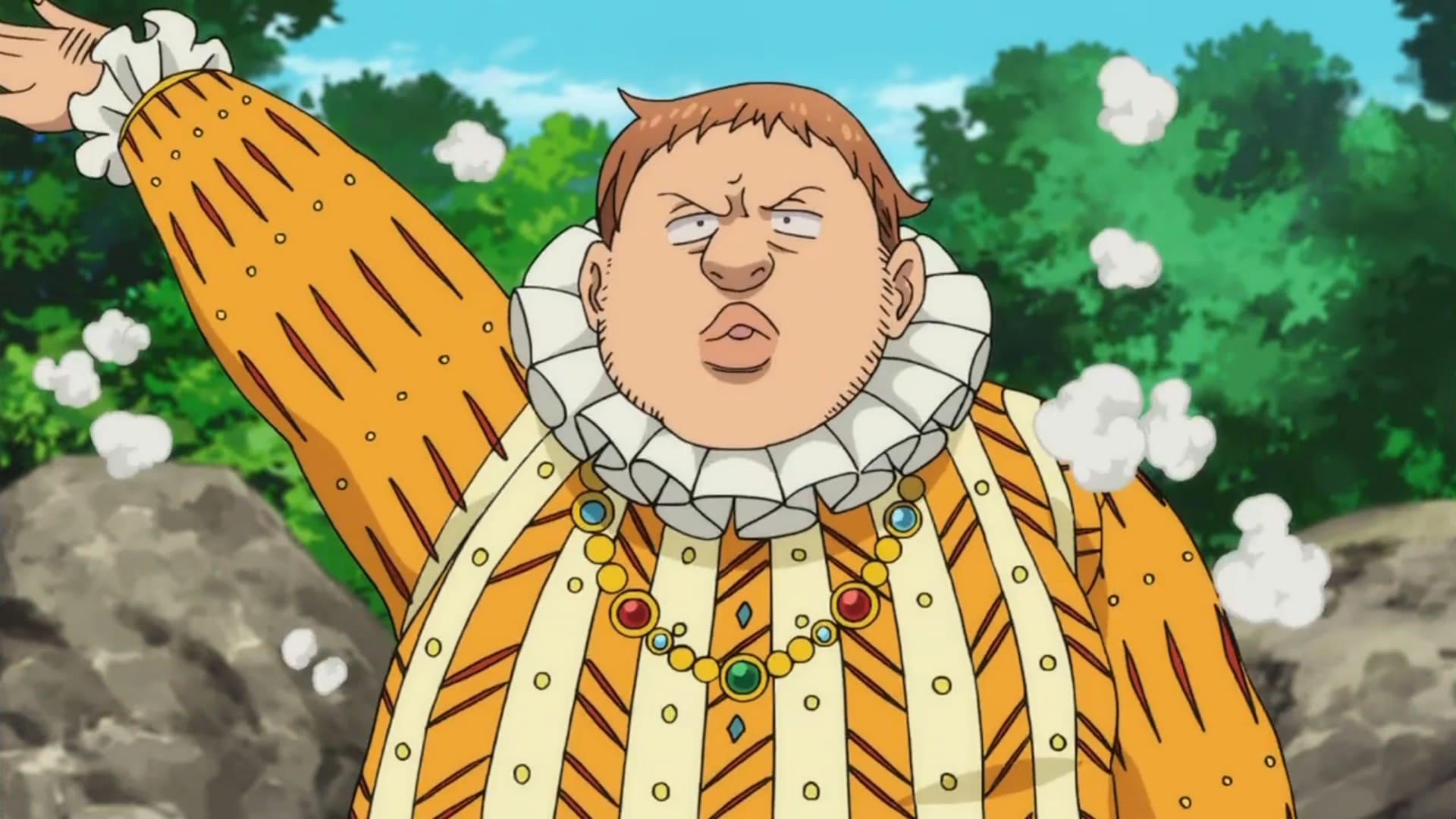 King overpowers and single-handedly defeats Guila using his Sacred Treasure, the Spirit Spear Chastiefol. As Meliodas, Elizabeth, Hawk, Diane, Ban and King return to the village, King tells the others that the Sacred Treasures of the Seven Deadly Sins unlocks each of their full potential in combat. However, Meliodas sold his, Diane lost hers and Ban got his stolen. Meliodas, Ban and King head to the Merchant Town Vaizel during the annual fighting festival, in which the grand prize happens to be Diane’s Sacred Treasure, the War Hammer Gideon. Meanwhile, Great Holy Knight Hendrickson summons Jericho and Twigo underground, offering them blood from the corpse of a red demon as a means of enhancing their strength. Twigo explodes after drinking the blood, but Jericho manages to survive the excruciating experience. 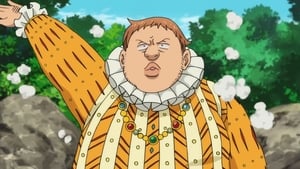