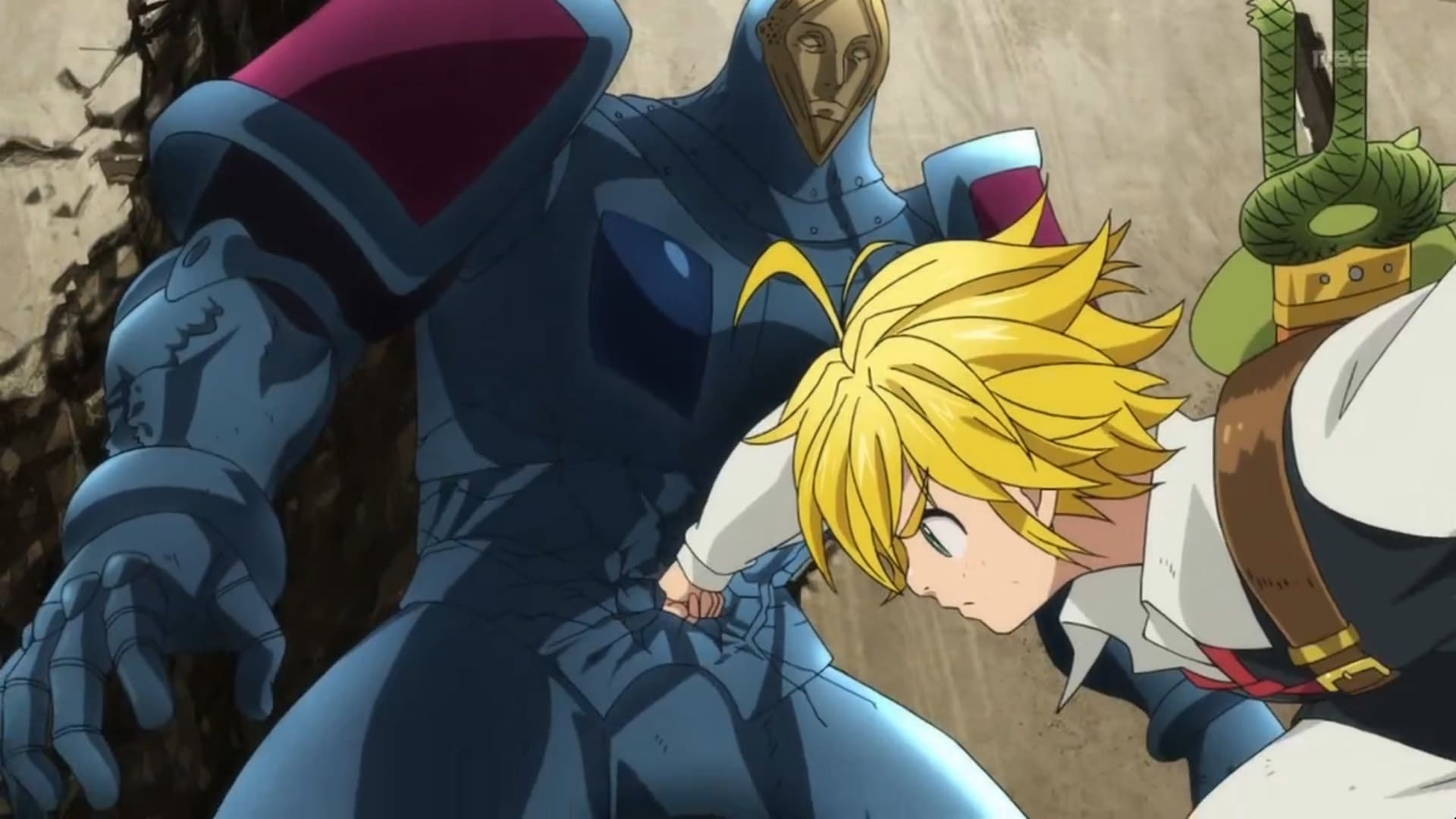 Ballad of the Beginning

As Meliodas and Diane continue to fight each other under hypnosis, the fourth and final member of Weird Fangs, Friesia, attacks the disguised Ruin with her insects, prompting Elizabeth to risk her life to protect him. However, as Ruin reveals his true identity, he realises that Elizabeth was going for the bell on his staff the whole time, successfully freeing Meliodas and Diane from the spell to defeat Ruin and Friesia respectively. Meliodas, Hawk, Diane and Elizabeth, who is being carried in Diane’s bag, infiltrate Baste Dungeon to rescue Sennett, and find Ban wandering around the prison as well with no sign of having been injured, causing the dungeon’s collapse during their happy reunion and breaking a secret barrier that Golgius set up in the process. The six of them regroup back at Dalmary Town, where Dana, who survived the attack, treats them to a meal as courtesy. Meanwhile, King, the bearer of the Grizzly’s Sin of Sloth, is shown to be allied with Gilthunder and the rest of the Holy Knights. 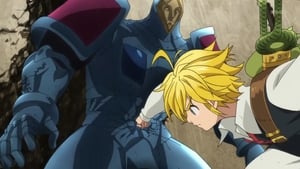