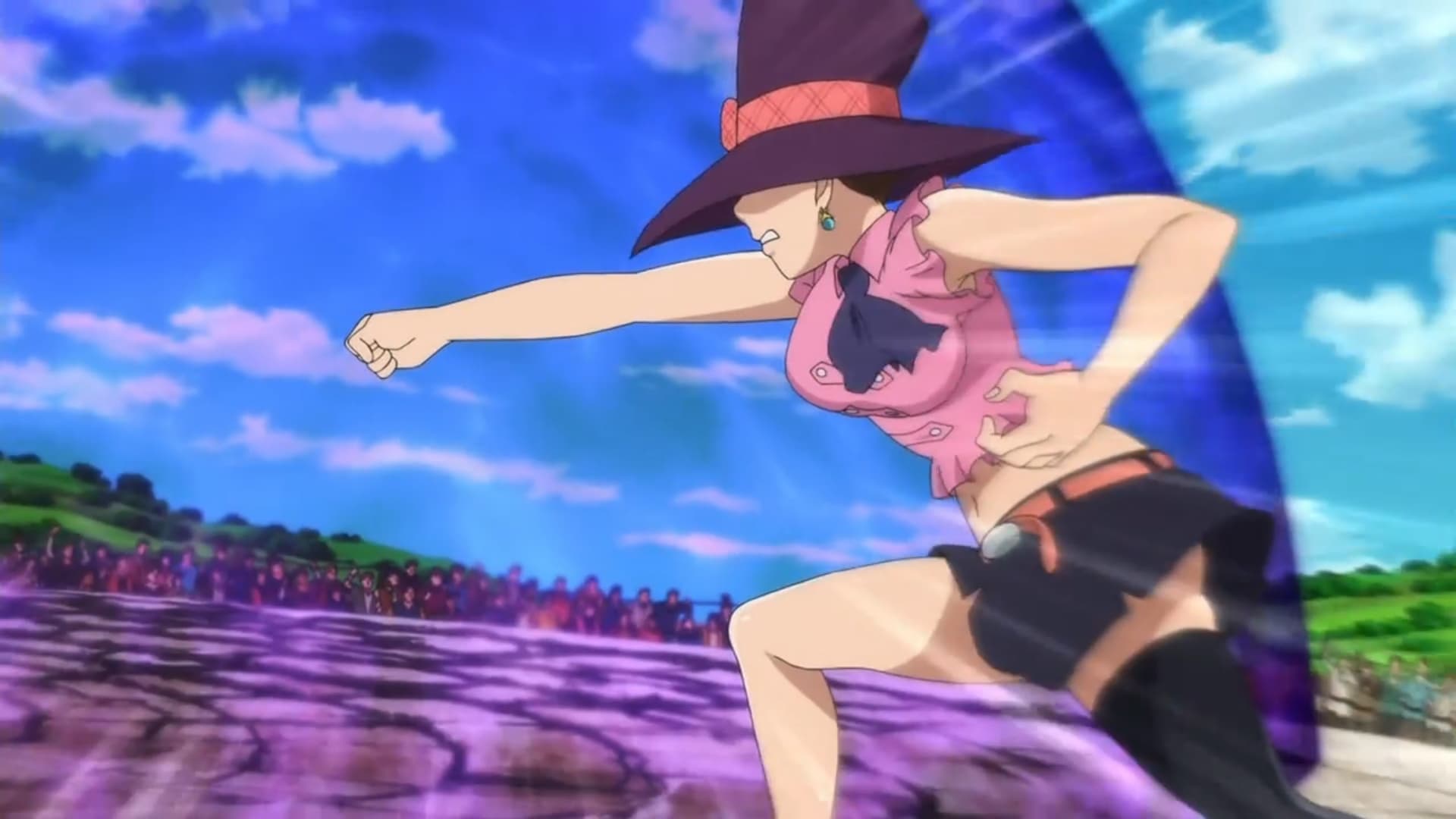 The fighting festival starts with an elimination round that results in eight contestants left standing. The first round of the quarterfinals is Holy Knight Griamore versus “Matrona”, in which Matrona manages to break Griamore’s barrier and send him flying. Matrona is revealed to be a shrunken Diane wearing Elizabeth’s clothing. Diane and Elizabeth previously encountered a giant mushroom called a Chicken-Matango that shrunk them both when it felt threatened. The second round is Holy Knight Howzer versus three-time champion Taizoo, in which the former defeats the latter with one punch. The third round is King versus Cain Barzad, a drunken old man. Since King is nearly powerless without his weapon, Cain easily knocks King out of the ring. The final round is Meliodas versus Ban, and Howzer learns from Griamore that the two are members of the Seven Deadly Sins. 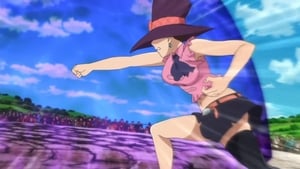